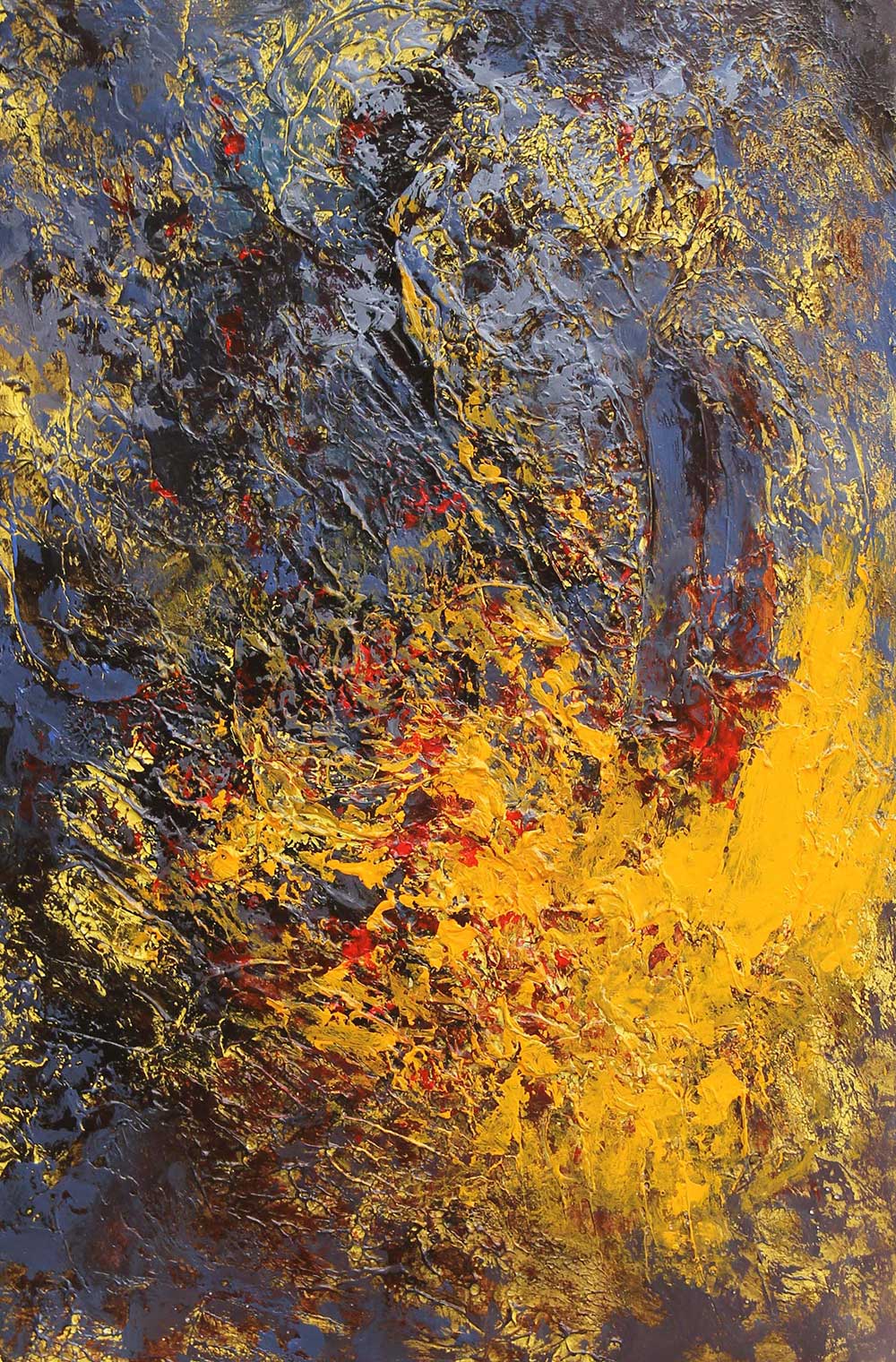 Standing
One can not learn the creativity of any artist.
The process of spontaneous and leaky mental thinking, in itself, can not result in the creation of a work.
Any work that consists entirely of creative elements can not be understood, because the human mind needs to
know its acceptance.
However, the creation of an artwork, the experience is quite private.
The visual language of art is the result of complex abstractions and the final chains of generalizations.
The new man of the artist, in a particular reality, is a person who does not move on the surface, has no gender
, does not control his thoughts and mentality, he is suspended, he moves in vacuum, has no rational behavior, is not lawful
, beautiful And does not mean ugly, it does not mean alright, good and bad does not have an absolute meaning, sometimes a
woman is sometimes male.
A woman who becomes a woman who is not in the form of the space and space.
Between the lines, the color and the mode drowns, and sometimes it only shows its mentality.
Movement does not accept style and name.
She is a woman.
LT is .
She shows you.
You can see him well!
Sometimes ... the distance between the truth and the permissible one is the color of the curtain; the thick and unyielding,
which in small cubes opens you in the mirror of your people