The title of the present series is Anachronism. In fact, by placing unconventional, unusual, irrelevant, inharmonious, and inconsistent elements of harmony, order, meaning, and a different and new meaning of the meaning that has been used in the elements used to deconstruct.
In this series, the main subjects are chess pieces that appear in dress and style of Qajar women and men and have been used in decorative elements and symbols and signs of power. But the chess pieces have been transformed into actors in a different appearance from a mere game.
The shadows, however, have a meaningful role in these works and show us the virtual reality of the vertebrate and in a way their original identity.
But the use of unconventional elements and multi-semantic components can engage the mindset of the audience and instill in him the thought, thought and thought and give different meanings to the mind of the viewer.
no longer be canvas in the back door, but in the foreground, it's free to show itself 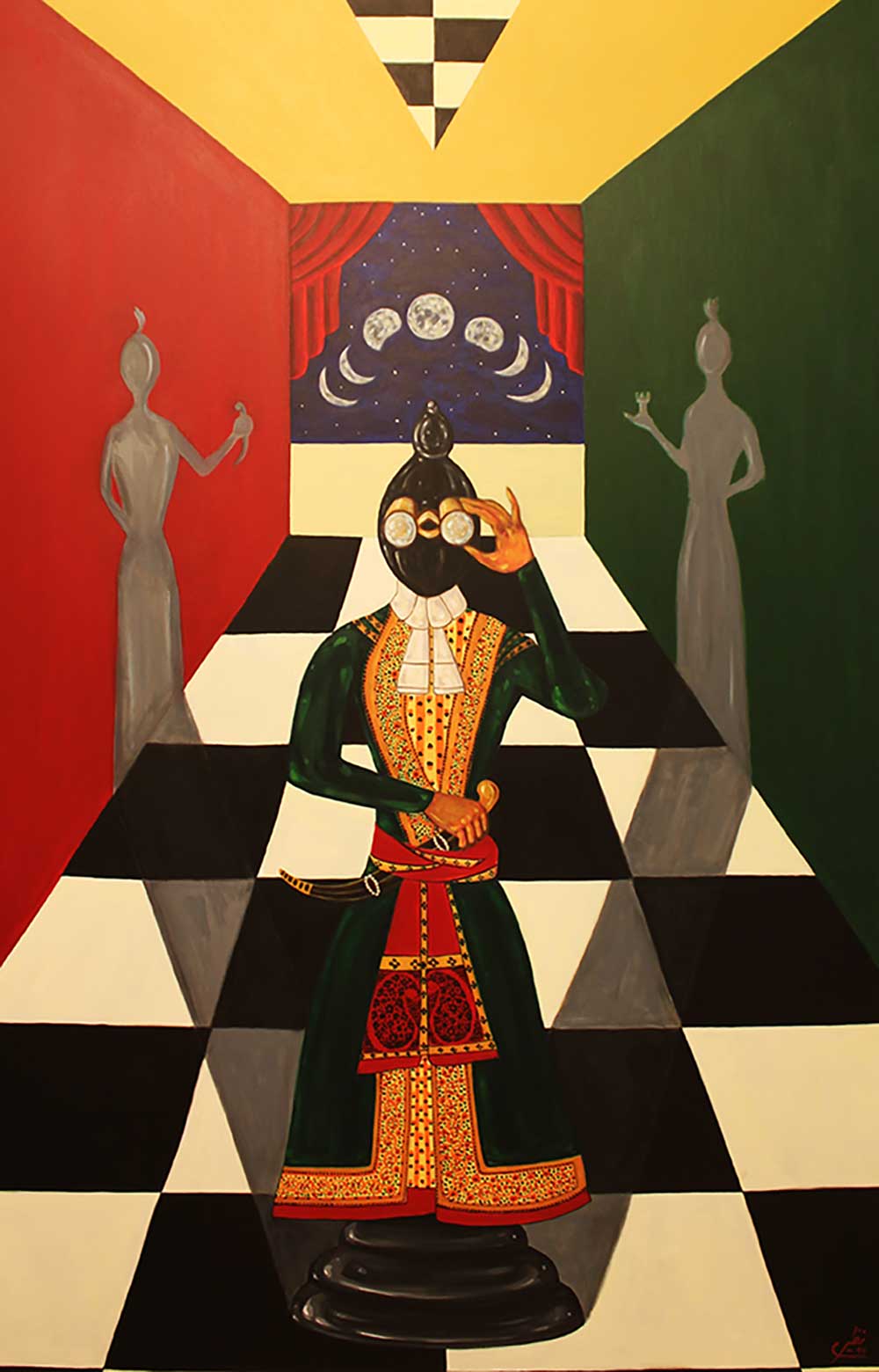